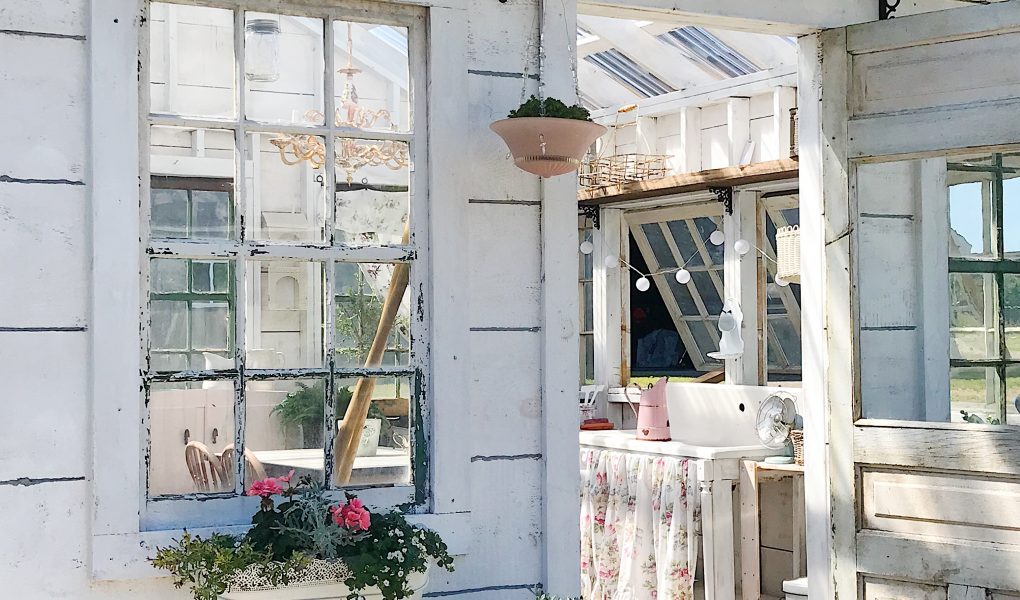 Today, I’m going to share a few more details about our Potting Shed (aka my dream space). If you missed the first part, head here.. Building our Potting Shed Part 1 One of the most asked questions I get about our shed is “what did you use for the floor?” I didn’t want anything too fancy for the floor, because I didn’t want to worry about dirt being spilled, mud being tracked on it…I wanted this space to be pretty but still functional. As I explained in my previous post, when we bought our farm there were piles of bricks of all different sizes, stacked up in the barn. Some were actual patio bricks (we used some of these for the floor under our pergola). Some were regular sized bricks (we used some of these to line the path around our porch). We still had quite a few of these left from various projects, and decided to use them up. Our soil is sandy and well drained, so we laid the bricks down right on the soil. After leveling the sand, we started creating the floor. We began by laying down the cement silo pieces (12.5 x 30) all around the perimeter. Then the patio stones (15.5 x 7.25), and continued row by row towards the centre with the bricks (7.75 x 4). We leveled them as we went along. We used a couple broken bricks for the centre…it worked out perfectly!

To fill in the spaces between the bricks, we used gravel dust. You can purchase this by the bag from a hardware store. The dust was poured on the bricks and pushed into the spaces using a broom. After the spaces were filled, we lightly sprayed it with water from the hose. Done!

Gerald built me a permanent 7 foot long potting bench under the two windows that swing out. He cut 3 2 x 4’s straight. and screwed them to the studs under the window. Then 3 angled 2 x 4’s screwed into the studs at the bottom for support. Three 2 x 8’s were used for the top of the bench.

The shelves that run along the top of the windows on either side were made from old barn boards. They are supported by cast iron brackets that we purchased new and a couple were from an antique mall. Gerald even mounted a shelf on the outside of the shed above the door and windows. Its wide enough to hold some treasures, and my flower sign. (I made it by painting the words on an old enamel table top)

I found a vintage pink chandelier off of Facebook Marketplace for $20!!

The shed isn’t wired for electricity yet, but it will be before winter. I have purchased a small electric fireplace I want to put out there. It’s certainly not winterized, but I have visions of having a craft night out there if it isn’t too cold of an evening, with the fireplace going for atmosphere (haha we will see if that happens!!) I can dream!

Thank you for following along! And if you have any questions, ask away! 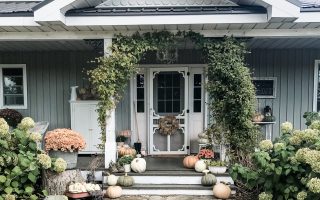 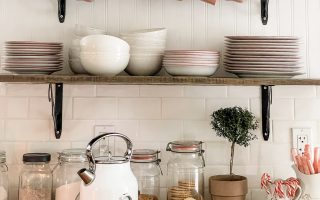 Christmas touches in the kitchen 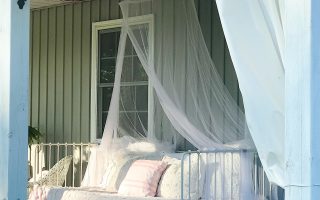 Daybed on the Porch 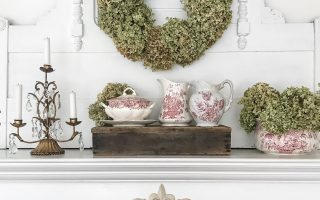 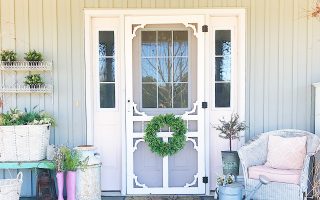 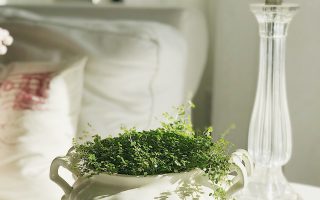 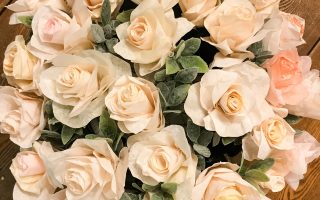 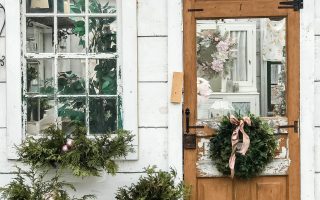 Christmas in the Potting Shed 2020 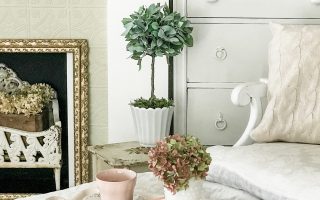 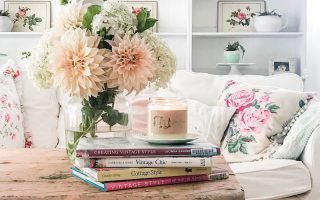 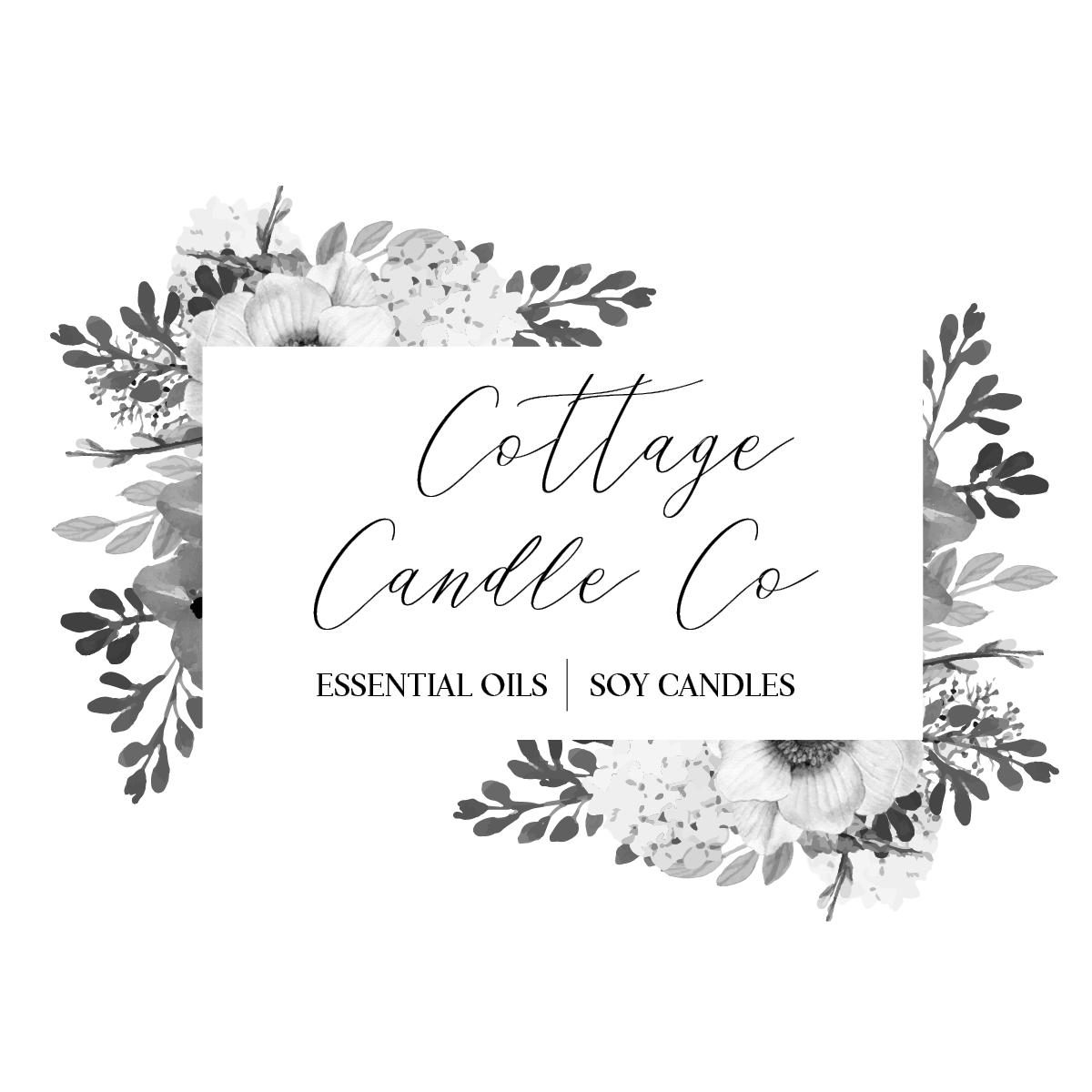